Top Five Wednesday was created by Lainey from gingerreadslainey and is currently hosted by Sam from Thoughts on Tomes. Check out the goodreads group to learn more.

March 29th – Future Classics: Let us know the books you think will be considered classics one day!

Interesting note about this week’s topic. In certain academic circles, comparative lit and media studies departments have been merging, with the thought that our generation isn’t going to be typified by one or two authors who emerge as the 21st Century Classic Writers, but rather, we’re going to be characterized by different media: television and film, etc.

That said, I’d rather talk books than movies. So with the hope that we keep considering books ‘classics’ in the future, here is my list!

Never Let Me Go by Kazuo Ishiguro: What is there to say about Ishiguro’s acclaimed novel that hasn’t already been said… Set in an ambiguous near-future dystopia, this book centers on the lives of a group of students, whose unique upbringing is grooming them to play a specific role in society, and they have no say in it.  This book at its core is an examination of humanity, of what it means to be human. And when I think about some of my favorite classics (Les Miserables, Of Human Bondage, East of Eden, etc.), isn’t that the theme at the center of all of these works?  Thematically, Never Let Me Go fits in seamlessly with some of the greats, and Ishiguro’s prose lends itself to a certain timeless vibe. 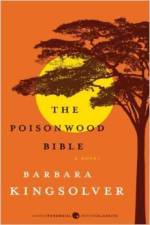 The Poisonwood Bible by Barbara Kingsolver: Is this already a classic, technically? Am I cheating?  Oh well.  It was published in 1998, after all, so I don’t think it’s a Proper Classic at this point, anyway.  The Poisonwood Bible is Barbara Kingsolver’s incredible novel about a missionary family living in the Congo in the 1950s.  As a phenomenal exploration of colonialism and ‘white saviorism,’ this book has a definite timelessness about it, and provides a social allegory that’s certainly still relevant today, and which I believe will unfortunately continue to be relevant in years to come.  Everyone should read this book, if you haven’t already.

Fun Home by Alison Bechdel: Between her famous ‘Bechdel test‘ and the fantastic Broadway musical based on her autobiographical graphic novel, Alison Bechdel has managed to cross over into mainstream literary circles in the way that few graphic novelists have in recent years.  And not only that, but Fun Home is Bechdel’s personal reflection on her own sexuality, making it one of the only lesbian coming of age stories that people are familiar with at the moment.  As (I hope) this subgenre grows in the future, Fun Home will undoubtedly remain one of the pioneering stories, that I hope will be long remembered.  A really incredible fusion of strong prose and gorgeous graphics, Fun Home is an amazing graphic novel that isn’t to be missed (even if you aren’t a huge fan of this genre, which I’m definitely not, ordinarily). 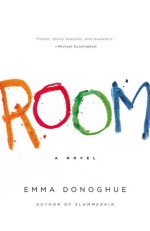 Room by Emma Donoghue: This is one of those ‘believe the hype’ books.  I had my reservations about Room before I started, thinking that the subject matter might be overly sensationalized, but I ended up finding this to be an incredible exploration of trauma, and the difficulty and messiness involved in healing.  It also raises questions about the rules and rigidity of our society that we accept without question, and the lack of specifics in this story – no names, no place names – lend it a universality that makes me think it will endure for a long time.

Lincoln in the Bardo by George Saunders: This acclaimed novel topping best seller lists in recent weeks is a huge game changer.  Not necessarily because of the subject matter – Saunders is hardly the first to fictionalize a historical figure – but because of its unique format.  Part novel, part play, and part poetry, Lincoln in the Bardo transcends the limitations that we’ve placed on not only the historical fiction genre, but on the entire category of the novel.  I think it’s inevitable that others will end up following where Bardo leads us, which I look forward to, and I think Saunders’ legacy is going to be that of an innovator.