I love this topic. I’ll admit, I haven’t been crazy about the shipping topics lately. I’m not much of a romantic.  Here are some of my favorite romance-less books:

And Then There Were None by Agatha Christie: The queen of mystery does indulge in some romantic subplots every now and then, but not here. And Then There Were None tells the story of ten strangers, all of whom have been issued a mysterious invitation to an island a mile or so off the English coast. Then one by one, they start to be murdered. The most recent BBC adaptation actually throws in a romantic subplot, but it’s not present in the original novel, which is about as devoid of romance as anything can be. 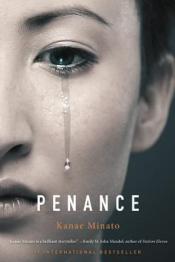 Penance by Kanae Minato: This Japanese thriller follows the aftermath of a horrible event in the lives of four young women.  One day in the summer of fourth grade, five girls go out to play and one of them, Emily, is murdered.  Although there are some relationships in the background of this novel, none of these are the focus.  I actually don’t remember the male characters in this story at all – the focus is all on the women, Emily’s mother in particular, who blames the remaining girls for the death of her daughter and who threatens them to either find the murderer before the statute of limitations is up or perform an act of penance, lest she take revenge on them.

Twelve Angry Men by Reginald Rose: This is a play which takes place entirely in a courtroom.  Twelve men are on the jury for a case which at a glance appears to be simple – a young boy stands accused of murdering his father, and there are several witnesses to testify.  Eleven out of the twelve men are in favor of a guilty verdict, but one lone dissenter, Juror 8, advocates for an open discussion which slowly begins to illuminate cracks in the case.  Romance is absolutely the last thing on the agenda in this story, which is at once a fascinating character study and an even more fascinating meditation on the flaws in the U.S. judicial system. 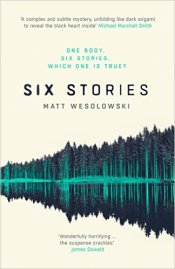 Six Stories by Matt Wesolowski: Told in the format of a podcast, Six Stories is about the investigation of a twenty year old murder.  By interviewing people who knew the victim, 15-year-old Tom Jeffries, investigative journalist Scott King attempts to recreate the circumstances of his mysterious death as comprehensively as possible.  Although there are some accounts of teenage relationships in these pages, this novel is devoid of any romance or sentimentality – it’s a rather cold yet compelling account of the dynamics of the friend group that Tom Jeffries had been a part of.

An Imaginary Life by David Malouf: This is a short and incredibly moving little book, in which David Malouf gives a fictionalized account of the final years of the poet Ovid, which he lived out in exile.  Malouf tells a strange and unconventional story about Ovid forming a relationship with a child who’s grown up in the wilderness, without human contact.  As Ovid doesn’t speak the language of the characters around him, there isn’t any romance here – just a rather fascinating and intelligent look at human nature and isolation.

So what are some of your favorite books without romance?  Comment and let me know!