Obviously I’ll also be compiling a list of my favorite books from 2017, but of the handful of books I’m reading now to finish out my year, I doubt any of them are going to make my worst of 2017 list, so I thought it was safe to go ahead and post this now.  I gave 1 star to exactly five books this year, so this list practically wrote itself.  Note: these are books that I read in 2017 – they were not necessarily published this year.

Disclaimer: these are just my opinions, you do not have to agree with me, I apologize in advance for any hurt feelings if I insult your favorite book.  If you are ready for my complaining, read on.

5. Gone Without a Trace by Mary Torjussen.  This is arguably the worst book I’ve ever read from a purely objective level, but the reason it doesn’t get the #1 spot is that it was at times so (unintentionally) hilarious.  It’s a thriller about a woman whose boyfriend leaves her – literally vanishes without a trace – and she has no idea why he left.  Now, I love thrillers, but I don’t exactly go into them expecting the next Great American Novel.  I wasn’t expecting that of Gone Without a Trace.  (Not least of all because it’s British.)  But I had been expecting something fun, fast-paced, creepy, and addicting… it was none of those things.  It was 300-odd pages of the main character’s insufferable whining in prose that was at about a 14-year-old’s creative writing level, and it culminated in arguably the stupidest twist in thriller history.  The last 50 pages have just about everything you could ask for if you’re trying to write the silliest and most melodramatic book of all time: characters conveniently falling into comas, ‘shocking’ (aka not shocking at all) affairs revealed, a central plotline being rendered completely inconsequential, the main character withholding information from the reader until it becomes convenient to divulge it, even though it’s written in first-person… I don’t say this a lot, because even when I hate a book I can usually find some merit in it, but how did this get published?!  Full review HERE.

4. An Untamed State by Roxane Gay.  Oh boy, this is going to be a controversial one.  But I hated this book.  In Gay’s debut novel, Mireille, the daughter of one of the richest men in Haiti, is kidnapped, and repeatedly raped by her captors.  The novel is split into two halves – the first covers the kidnap in truly gruesome detail, and the second follows the aftermath.  Where do I even begin… the prose and dialogue in this book were straight out of a Lifetime movie, so corny and hackneyed it was hard to believe that they were actually in such a purportedly serious novel and not a cheesy YA romance.  Gay’s attempts to address racism, sexism, and classism, as well as relations between the U.S. and Haiti, were half-baked at best, and offered essentially no depth or nuance to an extremely complex subject.  The graphic depictions of Mireille’s sexual assault were virtually unreadable, not because they were so awful or chilling, but because they felt so voyeuristic.  I want to make this clear: I have so much respect for Roxane Gay as a woman and a feminist.  Though this is the only Roxane Gay book I’ve read, I don’t equate my dislike of it with how I view her as a person.  I just don’t think her fiction is for me.

3. All the Ugly and Wonderful Things by Bryn Greenwood.  I don’t even know where to start with this book.  So, here’s the premise: this book is a romance between a grown man and a child – Kellen and Wavy.  Greenwood attempts to dig into grey areas (it’s okay because he’s a good guy, really!  it’s okay because she’s mature for her age!  it’s okay because he’s the only person she’s ever loved in her life!  it’s okay because he’s not actually a pedophile!  it’s okay because Wavy is WAVY, not some little girl!) (that last one is actually a quote from the book) and I just… I am all about digging into grey areas, exploring moral ambiguity – most of my favorite novels explore this theme in some way.  But I have to draw the line somewhere, and I draw it at a romantic relationship between a 20 year old man and an 8 year old girl – or 25 and 13, respectively, if we’re talking about their first sexual encounter.  Because of age and power dynamics, a child is unable to consent, ever, period, the end, I don’t care about the circumstances, I don’t care about the exceptions, the ‘what if’s, any of it.  We’re meant to see this novel as romantic, we’re meant to see Kellen as sympathetic, and we’re meant to malign the one character who constantly tries to get Wavy out of this situation, but all of it just made my skin crawl.  People also praise the writing in this book, but I was very underwhelmed by it. 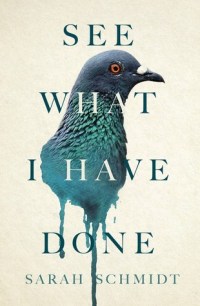 2. See What I Have Done by Sarah Schmidt.  This whole maddeningly insufferable book is written like this: “I thought of Father, my stomach growled hunger and I went to the pail of water by the well, let my hands sink into the cool sip sip.”  I can’t believe I actually made it through this whole thing.  It’s also the most viscerally disgusting book I’ve ever read – graphic descriptions of vomit and rotten mutton abound.  Sarah Schmidt takes one of the most notorious unsolved crimes in American history – the Borden murders of 1892 Massachusetts – and fictionalizes this story for… some reason that I fail to understand.  I truly do not get the point of this book.  It isn’t entertaining, it isn’t informative, it renders Lizzie as downright pathetic… I don’t know what I was supposed to take away from this book, but it was probably supposed to be something other than the frustration and nausea I was left with.  Full review HERE. 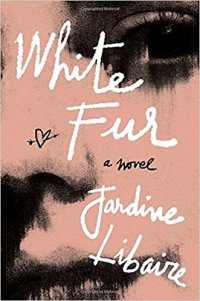 1. White Fur by Jardine Libaire.  And finally, the book that I loathed above all others this year.  White Fur… where do I begin.  White Fur is a sort of gritty and sultry Romeo and Juliet-esque love story about Jamey, who’s rich, and Elise, who’s poor.  Congratulations, you have now read the book.  Because there is nothing else there.  Jamey’s personality is that he is rich.  Elise’s personality is that she is poor.  At some point in this book we’re told that they’re in love with each other, which sort of took me by surprise, because until then, all we’d seen was them having a lot of really badly written sex.  There is no character development in this novel, no nuanced approach to the subject of class differences, no plot (no, seriously, there is no plot), and literally, not a single thing to make slogging through this horrible book worth my time.  The dude also compares himself to an orangutan during a threesome, so, there’s also that.  I want every memory of this book to be scrubbed out of my brain.  Full review HERE.

What were your least favorite books from 2017?  Comment and let me know!