I wasn’t tagged for this, but I was bored, so I’m going to do the Get to Know Me Tag which I copied from Callum.  I also contemplated queueing this so I wouldn’t have 2 posts in one day… but then I realized I do not care that much about my blogging schedule lol.

FAVORITE COLOR AND DO YOU HAVE A BOOK IN THAT COLOR?

Red.  I know it just asked for one, but I couldn’t resist. 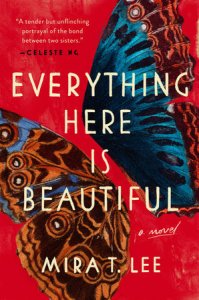 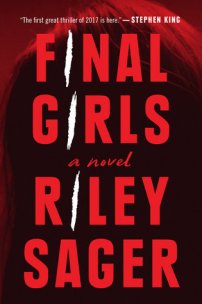 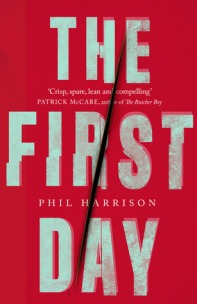 DESCRIBE YOURSELF IN 3 BOOK CHARACTERS 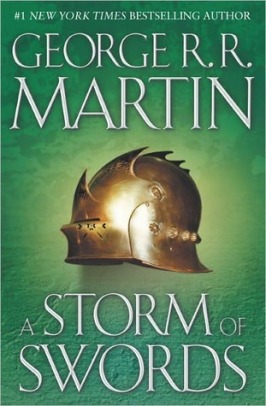 Sansa Stark from A Song of Ice and Fire by George R.R. Martin (often underestimated for being quiet; idealistic; perceptive), Esther Greenwood from The Bell Jar by Sylvia Plath (often directionless and apathetic), and Francis Abernathy from The Secret History by Donna Tartt (melodramatic [dyed] ginger hypochondriac).

Sure, I read a lot of hyped books and bestsellers.  The Girl on the Train is probably the most hyped book I’ve read… it was okay, not my favorite book ever but I didn’t hate it. 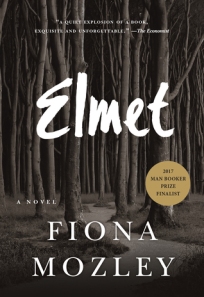 Spring.  Tell the Wolves I’m Home by Carol Rivka Brunt.  For no particular reason other than that is an excellent bildungsroman, and coming of age/transitional books make me think of spring.

Summer.  Castle of Water by Dane Huckelbridge.  It’s set on a deserted island in the middle of the South Pacific, so, a very good beach read.

Fall.  The Scorpio Races by Maggie Stiefvater.  This is one of the few books I can think of that almost needs to be read in a particular season.  The atmosphere of gloomy Irish November is so vivid in this book, so reading it during that time of year only enhances the experience.

Winter.  Elmet by Fiona Mozley.  It’s about a family living in rural Yorkshire, and it doesn’t entirely take place in the winter, but this book has a very wintry soul.

NAME ONE BOOK THAT WRECKED YOU EMOTIONALLY

I’ll copy Callum’s answer and say Jo Cox: More in Common by Brendan Cox, which I recently read and reviewed.  It’s a biography of Jo, a British Labour MP who was brutally murdered in 2016, written by her husband.  It’s such a touching look at Jo’s life and everything she was able to achieve, both on a personal and a political level.  She seems to have been a truly beautiful soul, and I cried a lot on a plane listening to this audiobook, thinking about what a brilliant person was lost to a horrible and senseless act of violence.

NAME ONE BOOK YOU WOULD RECOMMEND WITH TEA AND COOKIES?

The English Wife by Lauren Willig, because it has an excellent wintry Victorian vibe so you’ll probably need some tea to keep warm while reading it.

WHAT IS YOUR GUILTY PLEASURE BOOK?

I don’t have a lot of guilty pleasures simply because I rarely feel guilt over enjoying the things I enjoy, even if they’re embarrassing.  But I’ll say something like The Chalk Man by C.J. Tudor – it’s the kind of book that initially got a lot of hype from a few bloggers with ARCs – me included – then when it was released there were a lot of people, including several of my friends, who read it and went ‘what, that was it??’ which I totally understand on an intellectual level.  There was absolutely nothing groundbreaking about this book, but as it was good creepy entertainment, I can’t help but to like it.

FAVORITE DESSERT AND A BOOK THAT REMINDS YOU OF THAT

Anything with dark chocolate… I think I have to go with tiramisu though.  Preferably good Italian tiramisu.  American tiramisu usually makes me sad.  For the book I’ll say In altre parole/In Other Words by Jhumpa Lahiri, her memoir about her experience with the Italian language and living in Italy, which was the most unnervingly #relatable memoir I’ve ever read – I literally saw so many of my own experiences reflected in her own story.  But anyway, it’s a book about Italy, hence the connection.

I am such a procrastinator.  Both in my life and with reading.  There are so many, but I’ll go with 1Q84 by Haruki Murakami which has been on my shelf pretty much since the day it was published.  Murakami’s writing is never even particularly dense, so I’m sure it won’t even take me that long once I get around to it, but the 1000+ page count is intimidating.

Tagging whoever wants to do it!