Back in January I made a post of ARCs I need to read – I finished all 7 of them in March, which was exciting!  … and then I immediately accumulated another pile of ARCs.  I am unable to break the cycle.

So, I’m doing it again.  Here are the ARCs I need to read – though they’re going to be interspersed with a lot of backlist reading, hopefully.  With each one I finish I’ll edit this post with my rating and a link to my review.  All publication dates refer to U.S. publication.

The Girl in the Ice by Robert Bryndza
Publisher: Grand Central Publishing
Publication date: April 24, 2018 (paperback)
Received from: Netgalley
Why I requested it: It’s one of those buzzy thrillers that I kept seeing around last year – I’d been vaguely interested for a while so I couldn’t resist the pull of a free copy.
Goodreads summary: “When a young boy discovers the body of a woman beneath a thick sheet of ice in a South London park, Detective Erika Foster is called in to lead the murder investigation.

The victim, a beautiful young socialite, appeared to have the perfect life. Yet when Erika begins to dig deeper, she starts to connect the dots between the murder and the killings of three prostitutes, all found strangled, hands bound and dumped in water around London.

What dark secrets is the girl in the ice hiding?

As Erika inches closer to uncovering the truth, the killer is closing in on Erika.

The last investigation Erika led went badly wrong… resulting in the death of her husband. With her career hanging by a thread, Erika must now battle her own personal demons as well as a killer more deadly than any she’s faced before. But will she get to him before he strikes again?” 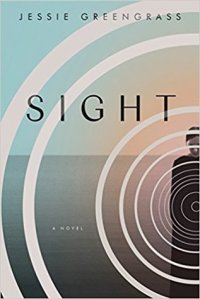 Sight by Jessie Greengrass
Publisher: Hogarth Press
Publication date: August 21, 2018
Received from: Netgalley
Why I requested it: It was longlisted for the Women’s Prize and I’m always intrigued by short novels that are up for the big literary awards.  Plus it’s a debut!  Doubly impressive.
Goodreads summary: “In Jessie Greengrass’ dazzlingly brilliant debut novel, our unnamed narrator recounts her progress to motherhood, while remembering the death of her own mother ten years before, and the childhood summers she spent with her psychoanalyst grandmother.

Woven among these personal recollections are significant events in medical history: Wilhelm Rontgen’s discovery of the X-ray; Sigmund Freud’s development of psychoanalysis and the work that he did with his daughter, Anna; and the origins of modern surgery and the anatomy of pregnant bodies.

Sight is a novel about being a parent and a child: what it is like to bring a person in to the world, and what it is to let one go. Exquisitely written and fiercely intelligent, it is an incisive exploration of how we see others, and how we might know ourselves.”

Social Creature by Tara Isabella Burton
Publisher: Doubleday
Publication date: June 5, 2018
Received from: Penguin First to Read (guaranteed copy available on April 17)
Why I requested it: If you compare an author to Donna Tartt, I’m in.
Goodreads summary: “For readers of Gillian Flynn and Donna Tartt, a dark, propulsive and addictive debut thriller, splashed with all the glitz and glitter of New York City.

They go through both bottles of champagne right there on the High Line, with nothing but the stars over them… They drink and Lavinia tells Louise about all the places they will go together, when they finish their stories, when they are both great writers-to Paris and to Rome and to Trieste…

Lavinia will never go. She is going to die soon.

Louise has nothing. Lavinia has everything. After a chance encounter, the two spiral into an intimate, intense, and possibly toxic friendship. A Talented Mr. Ripley for the digital age, this seductive story takes a classic tale of obsession and makes it irresistibly new.” 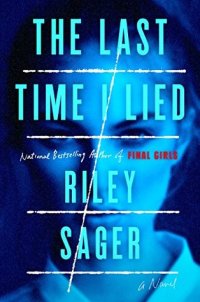 The Last Time I Lied by Riley Sager
Publisher: Dutton
Publication date: July 10, 2018
Received from: Netgalley
Why I requested it: I adored Final Girls – I hope Riley Sager has followed it up with a similarly gripping beach read.
Goodreads summary: “Two Truths and a Lie. The girls played it all the time in their tiny cabin at Camp Nightingale. Vivian, Natalie, Allison, and first-time camper Emma Davis, the youngest of the group. The games ended when Emma sleepily watched the others sneak out of the cabin in the dead of night. The last she–or anyone–saw of them was Vivian closing the cabin door behind her, hushing Emma with a finger pressed to her lips.

Now a rising star in the New York art scene, Emma turns her past into paintings–massive canvases filled with dark leaves and gnarled branches that cover ghostly shapes in white dresses. The paintings catch the attention of Francesca Harris-White, the socialite and wealthy owner of Camp Nightingale. When Francesca implores her to return to the newly reopened camp as a painting instructor, Emma sees an opportunity to try to find out what really happened to her friends.

Yet it’s immediately clear that all is not right at Camp Nightingale. Already haunted by memories from fifteen years ago, Emma discovers a security camera pointed directly at her cabin, mounting mistrust from Francesca and, most disturbing of all, cryptic clues Vivian left behind about the camp’s twisted origins. As she digs deeper, Emma finds herself sorting through lies from the past while facing threats from both man and nature in the present.

And the closer she gets to the truth about Camp Nightingale, the more she realizes it may come at a deadly price.”

From a Low and Quiet Sea by Donal Ryan
Publisher: Penguin Books
Publication date: July 17, 2018
Received from: physical ARC from publisher
Why I requested it: I’m obsessed with All We Shall Know by Donal Ryan which elevated him to auto-read status.
Goodreads summary: “For Farouk, family is all. He has protected his wife and daughter as best he can from the war and hatred that has torn Syria apart. If they stay, they will lose their freedom, will become lesser persons. If they flee, they will lose all they have known of home, for some intangible dream of refuge in some faraway land across the merciless sea.

Lampy is distracted; he has too much going on in his small town life in Ireland. He has the city girl for a bit of fun, but she’s not Chloe, and Chloe took his heart away when she left him. There’s the secret his mother will never tell him. His granddad’s little sniping jokes are getting on his wick. And on top of all that, he has a bus to drive; those old folks from the home can’t wait all day.

The game was always the lifeblood coursing through John’s veins: manipulating people for his enjoyment, or his enrichment, or his spite. But it was never enough. The ghost of his beloved brother, and the bitter disappointment of his father, have shadowed him all his life. But now that lifeblood is slowing down, and he’s not sure if God will listen to his pleas for forgiveness. Three men, searching for some version of home, their lives moving inexorably towards a reckoning that will draw them all together.”

Whistle in the Dark by Emma Healey
Publisher: Harper
Publication date: July 24, 2018
Received from: physical ARC from publisher
Why I requested it: I think Jen Campbell mentioned it in one of her anticipated reads of 2018 videos, and it sounds fascinating.
Goodreads summary: “Jen and Hugh Maddox have just survived every parent’s worst nightmare.

Relieved, but still terrified, they sit by the hospital bedside of their fifteen-year-old daughter, Lana, who was found bloodied, bruised, and disoriented after going missing for four days during a mother-daughter vacation in the country. As Lana lies mute in the bed, unwilling or unable to articulate what happened to her during that period, the national media speculates wildly and Jen and Hugh try to answer many questions.

Where was Lana? How did she get hurt? Was the teenage boy who befriended her involved? How did she survive outside for all those days? Even when she returns to the family home and her school routine, Lana only provides the same frustrating answer over and over: “I can’t remember.”

For years, Jen had tried to soothe the depressive demons plaguing her younger child, and had always dreaded the worst. Now she has hope—the family has gone through hell and come out the other side. But Jen cannot let go of her need to find the truth. Without telling Hugh or their pregnant older daughter Meg, Jen sets off to retrace Lana’s steps, a journey that will lead her to a deeper understanding of her youngest daughter, her family, and herself.

A wry, poignant, and masterfully drawn story that explores the bonds and duress of family life, the pain of mental illness, and the fraught yet enduring connection between mothers and daughters, Whistle in the Dark is a story of guilt, fear, hope, and love that explores what it means to lose and find ourselves and those we love.” 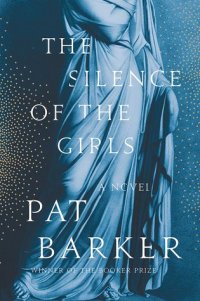 The Silence of the Girls by Pat Barker
Publisher: Doubleday Books
Publication date: September 11, 2018
Received from: Netgalley
Why I requested it: Iliad-retelling from female characters’ POVs?!???  Say no more!
Goodreads summary: “The ancient city of Troy has withstood a decade under siege of the powerful Greek army, who continue to wage bloody war over a stolen woman–Helen. In the Greek camp, another woman watches and waits for the war’s outcome: Briseis. She was queen of one of Troy’s neighboring kingdoms, until Achilles, Greece’s greatest warrior, sacked her city and murdered her husband and brothers. Briseis becomes Achilles’s concubine, a prize of battle, and must adjust quickly in order to survive a radically different life, as one of the many conquered women who serve the Greek army.

When Agamemnon, the brutal political leader of the Greek forces, demands Briseis for himself, she finds herself caught between the two most powerful of the Greeks. Achilles refuses to fight in protest, and the Greeks begin to lose ground to their Trojan opponents. Keenly observant and cooly unflinching about the daily horrors of war, Briseis finds herself in an unprecedented position to observe the two men driving the Greek forces in what will become their final confrontation, deciding the fate, not only of Briseis’s people, but also of the ancient world at large.

Briseis is just one among thousands of women living behind the scenes in this war–the slaves and prostitutes, the nurses, the women who lay out the dead–all of them erased by history. With breathtaking historical detail and luminous prose, Pat Barker brings the teeming world of the Greek camp to vivid life. She offers nuanced, complex portraits of characters and stories familiar from mythology, which, seen from Briseis’s perspective, are rife with newfound revelations. Barker’s latest builds on her decades-long study of war and its impact on individual lives–and it is nothing short of magnificent.”

Which ARCs do you guys have right now?  Let’s compare!