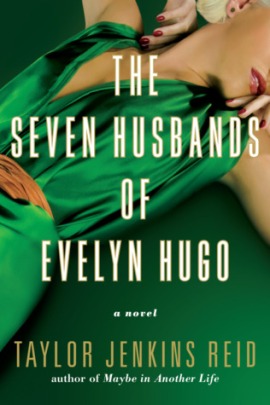 The Seven Husbands of Evelyn Hugo is the most wonderfully immersive book I could have chosen to read over a weekend when I desperately needed an escape from reality. I hadn’t really heard much about the plot of this book going into it, and honestly, that’s how I’d recommend approaching it if at all possible, because it just sweeps you up into such a compelling and unexpected tale from the very first page.

The characters in this book are all brilliant and well-crafted, none more so than Evelyn, our ruthless and at times unlikable protagonist. If you’re familiar with my tastes, you’ll know that I absolutely adore antiheroines when well written, and Evelyn is so vibrant and multifaceted she practically jumps off the page. Though it’s only been a few days since I’ve finished this, I can already tell that Evelyn is going to be utterly unforgettable. But Evelyn didn’t entirely steal the show away from this book’s host of intriguing supporting characters – each one of them was so three-dimensional it was easy to forget this story is entirely fictional.

There were several elements that ended up being hugely pleasant surprises – the inclusion of several LGBT+ characters being the main one (I won’t say too much more here so I don’t spoil anything, but, suffice to say this book is not half as heterosexual as its title would imply). What also surprised me was how invested I became in this story. I flew through this 400-page long book in only 2 days – I couldn’t put it down and I was rewarded with a conclusion so beautiful and bittersweet it brought me to tears.

Everyone should read this book. I realize I’ve said absolutely nothing about the actual plot here, but this is a ‘take my word for it’ type situation if I ever saw one.