Top 10 Tuesday is a weekly meme created by The Broke and The Bookish which is now hosted by Jana @ That Artsy Reader Girl.  This week’s topic:

Quick note about this list: I didn’t want it to be dominated by several books from the same series (namely Harry Potter and A Song of Ice and Fire), so I’ve only included the longest book from each of those series to make room for some other titles.

Somerset Maugham is one of my favorite authors and this is my favorite book of his that I’ve read so far. Also, this is my mom’s favorite book.  I’m a little surprised to see it on this list though as it really did feel shorter than 700 pages while reading.

I hate literally everything about this book.  Whale anatomy is even more boring than it sounds, which I didn’t think was possible.

You guys are probably tired of hearing me talk about this book.  But, I will say: if you want to read it, don’t let the length be the thing that dissuades you (instead of, you know, the relentlessly triggering content).  I read it in 4 days flat and it was one of the most engrossing reading experiences of my life.  I felt like I lived inside this book that week.

I read all of these stories throughout the four years that I took Latin in high school (which was incidentally my favorite class ever), but I’ve been wanting to reread it cover to cover at some point.

The Divine Comedy by Dante
798 pages

As you can imagine, majoring in Italian studies I had to read this book both in English and Italian more times than I can count.  I took a class at the Università di Bologna on La Divina Commedia with one of the contemporary leading Dante scholars, who was nice and gave me a good grade even though I did pretty terribly on my exam.  Have I ever talked about how much I despise Italian oral exams?  They are the worst.

Harry Potter and the Order of the Phoenix by J.K. Rowling
870 pages

This will always be my favorite Harry Potter book. 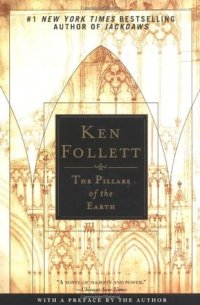 The Pillars of the Earth by Ken Follett
973 pages

I love this book but I actually haven’t read the following two books in Follett’s Kingsbridge series, or anything else by Follett for that matter.  I do intend to finish up this series at some point, and I’ll probably also reread this one eventually.

Intriguing!  I actually thought A Dance With Dragons was the longest in this series until I sorted my Goodreads shelves by page count, and then I didn’t trust that to be accurate so I googled it to double check, and lo and behold, A Storm of Swords is indeed the longest.  It’s funny because A Storm of Swords is my favorite in the series and A Dance With Dragons is my least favorite, so I guess the former just felt short and the latter felt longer. 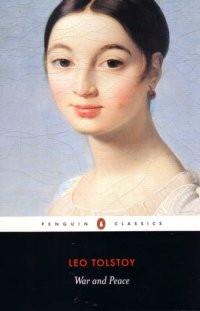 What’s the longest book you’ve ever read?  Comment and let me know!

37 thoughts on “top 10 tuesday: The Longest Books I’ve Ever Read”