Alright friends, it’s almost that time of year… the 2019 Women’s Prize winner will be announced on June 5, which is a week from today, so it’s time for my shortlist review.

Round up of my Women’s Prize coverage thus far:

Shortlist ranked from what I’d least to most like to see win:

6. An American Marriage by Tayari Jones

Does it deserve to win?  No.  This is a hard-hitting yet woefully underdeveloped book whose impact is neutered by its unwieldy pace and execution. It has some great ideas and occasional moments of brilliance, but I’d solidly rank it in last place on this list while evaluating what each of these books is trying to achieve, and whether or not they succeed.
Will it win?  Probably not, and I blame the Oprah sticker.  How commercial is too commercial to win a literary prize?  I’d guess that this level of commercial is where the line is drawn. But who knows.

Does it deserve to win?  No.  This is one of those books that I really enjoyed and appreciated while I was reading it, but, I’ll be honest: it’s ended up being one of the most forgettable things I’ve read all year.
Will it win?  No. I just don’t think this book makes enough of an impact. 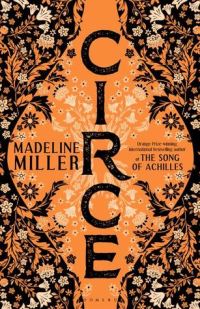 Does it deserve to win?  Who knows.  If you ask me, no; if you ask most other people who’ve read it, yes.  This book fell short for me but I understand its merits.
Will it win?  It certainly might. It’s an undeniable feminist achievement, and Miller would be the first author to win the Women’s Prize twice, which would be noteworthy.

3. My Sister, The Serial Killer by Oyinkan Braithwaite

Does it deserve to win?  Good question. This is an incredibly short book, and while it achieves a lot in its short word count it also leaves the reader wanting a bit more.
Will it win?  I think it has a very good chance.  It’s stylish, topical, and more ‘fresh’ than any of the other frontrunners on this list: An American Marriage has Oprah, Milkman has the Booker, Circe has worldwide bestselling acclaim, My Sister has room to make a splash right here.

2. The Silence of the Girls by Pat Barker

Does it deserve to win? See, this is tricky. Where I thinks this excels as a Greek mythology retelling, it arguably fails as a feminist retelling, which, no, isn’t a Women’s Prize winner requirement, but it’s hard not to judge women-centric Greek myth retellings through an explicitly feminist lens when you have a prize specifically for books by women.  The bottom line here is Achilles: while I understood and respected the inclusion of his POV and its necessity to the story Barker was telling, many, many readers have taken issue with the few chapters we see through his eyes, ultimately arguing ‘if this book is about reclaiming women’s voices, why are we hearing from a man at all.’  I think ‘reclaiming women’s voices’ is a bit of a simplification of what Barker was trying to achieve in this retelling, and a simplification of how deeply entwined Briseis’s story is with Achilles’s, but I do understand the criticism and I think it’s what may ultimately hinder this one from taking home the prize.
Will it win?  But, I do think it’s a possibility.  Pat Barker has had an illustrious career and won the Man Booker in the past, but has never won the Women’s Prize.

Does it deserve to win?  Yes, yes, unequivocally, yes.  This is one of the strongest books to come out of 2018, one of the most daring and fiercely original books we’ve seen in years, and it deserves all of the accolades.
Will it win?  … I don’t know.  If it weren’t for its Booker win, this would be a no-brainer, but a book has never in the past won both the Booker and the Women’s Prize.  It would be a historic first, but would the Women’s Prize judges just feel like they’re piggybacking off its recent success?

Winner prediction: My Sister, The Serial Killer. I think it’s a strong candidate that examines themes that the prize has always valued – the delicate line between upholding and subverting gender roles, primarily – and it’s arguably the most original choice on this not terribly original list.

Which book would you guys like to see win, and which do you think will take home the prize? Comment and let me know!