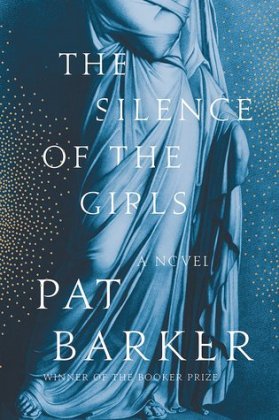 It’s so hard to divorce my love of the Iliad from my experience reading The Silence of the Girls, but I think that’s partially what makes this such a fantastic retelling. Told primarily from the perspective of Briseis, a Trojan captive given to Achilles as a war prize, Pat Barker’s novel endeavors to tell the unsung story of the female characters who litter the background of the Ancient Greek epic. And she does a pretty brilliant job.

The pleasure I derive from reading retellings, and especially retellings of Homer, is twofold: I want to see the author’s unique slant on the narrative and feel that they’re contributing something new to the story, otherwise what’s the point, but I also want to be reminded of my love of the original. On both fronts, The Silence of the Girls is a resounding success. Pat Barker captured the grandiosity of these characters and events in a way that really struck a chord with me; I felt constantly on the verge of tears reading parts of this novel because Homer’s musings on fate and free will and grief and glory – in short, what makes the Iliad so epic and timeless – are all echoed in Briseis’ narrative. But Barker also manages it all from the sidelines, zeroing in on the experiences of a war slave who has no choice but to watch events unfold around her with no personal agency. Briseis is fully aware that she is not the hero of her own story, that she’s narrating these events as a spectator to her own life. You could argue that at times she almost has a bit too much awareness of this fact, but as she’s narrating these events from years later, the time and perspective have clearly allowed her to form the big picture.

I also felt these were some of the best depictions I’ve ever read of these characters, notably Achilles and Patroclus. I find that certain writers have a difficult time reconciling Achilles’ brutality with his heroism, and likewise Patroclus’ ruthless streak with his kindness. But Barker frankly addresses that, in times of war especially, these characteristics can easily coexist. I really felt that these characters had walked straight out of the pages of the Iliadinto Barker’s story, in a way that I haven’t seen achieved by any other retelling I’ve read (except maybe Ransom by David Malouf, which until now has been my go-to recommendation for modern Iliad retellings). Briseis is a very minor character in the original, and as such, Barker had a lot more leeway with her protagonist, but I was also satisfied with the result; I was immediately invested in Briseis and I thought she added a much-needed and underrepresented perspective to the story.

My biggest issue with this novel the unwieldy execution of the point of view shifts. Though this retelling focuses on Briseis, so much of the backdrop and what drives the characters’ motivations hinges on the relationship between Achilles and Patroclus, and for Briseis to narrate that to us any more than she already does would verge too heavily into ‘telling rather than showing’ territory, so I really didn’t mind the occasional inclusion of the male perspectives. But the first person/third person switch feels arbitrary and messy, especially since Briseis herself spends so much time observing and narrating Achilles’s actions. I felt like Barker could have played with this a bit more; played up the uncertainty that maybe we aren’t reading Achilles’s thoughts, but rather, Briseis’ interpretation of Achilles’s thoughts…. but nothing is really made of this opportunity, as it’s clear that we’re supposed to be in Achilles’ head, but rather unclear why we’ve switched over to his thoughts at any given moment.

But aside from that, this book was pretty much everything I wanted it to be. It’s subversive yet subtle; affecting yet understated. It captures the epic scale of the Iliad and the quiet moments of beauty in the story and everything in between. It’s definitely a subtler feminist retelling than the likes of Circe and The Penelopiad, but I have to say I much, much preferred The Silence of the Girls – though I would readily recommend it to anyone who enjoyed the aforementioned novels. But for all my talk of retellings and Greek classics, I really don’t think you need prior knowledge of any of that before starting Barker’s novel – it’s a stunning story that should stand on its own just fine.

Thank you to Netgalley, Doubleday Books, and Pat Barker for the advanced copy provided in exchange for an honest review.