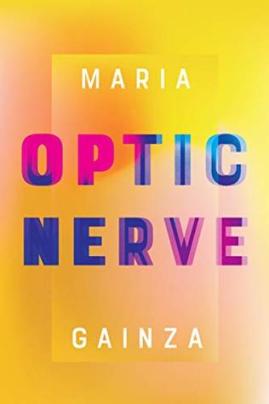 Omitting my favorite of the month section because honestly, there wasn’t a stand-out, though I thoroughly enjoyed everything I 4-starred (and I’m enjoying Optic Nerve as well – I’ll finish it by the end of the day).

Other posts from February: 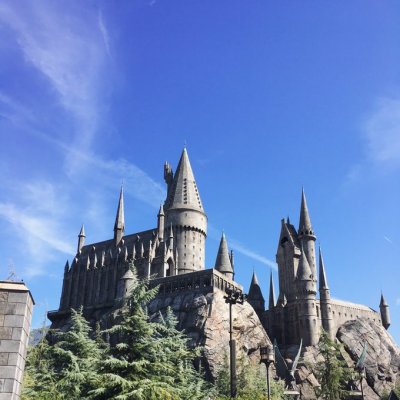 Spending the day at Universal with Will and Jess, the dream team behind one of my favorite blogs, Books and Bao.  If you don’t follow them, you need to rectify that immediately, because they are genuinely wonderful, delightful people who shine a light on translated fiction from around the world in their excellent blog.

Attending Brandon Taylor‘s book event at Skylight Books for his debut novel Real Life.  Brandon is one of my favorite personalities on Twitter, and he was such an engaging and intelligent speaker.  If his book tour is coming to your city, I cannot recommend it highly enough.

Spending four straight days with my friend Abby going down a BTS rabbit hole.  Honestly it’s the most fun I’ve had in ages so I’m not even going to apologize for how silly this is.  If you’re into BTS, comment and tell me who your bias is!

Anyway, due to the fact that I was gone for a week and didn’t take my laptop, I am VERY BEHIND on blogging and replying to comments.  Bear with me!  Also comment and tell me what you’ve been up to lately!

And the next post you can expect to see from me is my Women’s Prize 2020 longlist prediction.  I’m finishing that up as we speak.

What was the best book you read in February?  Comment and let me know!

Long Bright River may be nearly 500 pages, but it reads as though it’s half the length, even though (paradoxically?) I wouldn’t describe it as a page-turner.  It’s definitely a slow-burner, and it takes its time setting the stage for its central mystery, instead focusing brilliantly on establishing the setting and the atmosphere of some of Philadelphia’s poorer neighborhoods; but there’s something so engrossing about it from the onset that it’s hard to put it down.

What drew me to Long Bright River, aside from my fondness for thrillers, is the focus on the opioid crisis, and this Moore handled spectacularly.  First off, if you haven’t read Dopesick by Beth Macy, what are you waiting for; second of all, I’m always so drawn to books which humanize drug addicts and treat their stories with respect and sensitivity (recommendations welcome!); Moore achieves this while also keeping up the momentum of the narrative.

Moore’s prose is another strength; this is the first novel of hers that I’ve read, but I’m definitely more likely to pick up something off her backlist now.  This book’s one failing for me is something that I find myself frequently lamenting in thrillers; a too-quick denouement and a too-neat resolution of character arcs.  But still, my opinion of Long Bright River is mostly favorable, and I think it’s very deserving of all the hype.

You can pick up a copy of Long Bright River here on Book Depository.

In a way I feel a bit bad contributing to this book’s overwhelmingly negative reception, because I do think it has more going for it than its low Goodreads rating might suggest, and I can see where others could get something out of it.  But at the same time, this did literally nothing for me, so here we are.

The Rachel Cusk comparisons are a dime a dozen, and I will spare you from that seeing as I’ve never read Rachel Cusk; I will instead address the Sally Rooney comparisons.  Both authors interrogate themes on womanhood, sex, sexuality, and give voice to a subset of young women who may have never seen these topics addressed so starkly in fiction.  But for me the difference between these two authors lies in the fact that Rooney explores themes through character, and Popkey explores themes at the expense of character.  The aptly unnamed narrator of Topics of Conversation feels like a prototype of Generic Young Woman Angst – maybe that’s the point, maybe not – but her struggles all felt very Grand and Societal without being grounded in the microcosm enough to hold my interest.  Basically: this is a book of commentary and ideas, and that’s not an inherently bad or valueless thing; I just failed to engage with it.

Anyway, the thing that actually grated on me more than anything was Popkey’s writing.  This book is largely told in chunks of dialogue; characters relaying monologues to the narrator.  I found that Popkey attempted to imitate the features of verbal speech in a way that came across to me as forced and labored; it was peak stylized MFA-prose.   “Her hair was down and her cheeks were stiff and pink from smiling and the freckles on her neck, down her forearms, dotting her ankles, they were shining, they were giving off some kind of heat, she was glowing.”

Again, I don’t think this was a bad book, and if it interests you, I’d definitely encourage you to pick it up; it just wasn’t what I was looking for and I found it rather unremarkable at the end of the day.

You can pick up a copy of Topics of Conversation here on Book Depository.

Little Gods, Meng Jin’s intricate, emotionally intelligent debut, opens with a scene in which physicist Su Lan gives birth in Beijing in 1989. Through the eyes of a nurse working the night shift, we learn that inside the hospital, Su Lan is abandoned by her husband, while outside, the violence of the June 4th Tiananmen Square Massacre erupts around her. The narrative then skips forward 17 years to Su Lan’s death.

The novel unfolds in a non-linear fashion; in the opening chapters we’re introduced to a shadow of the woman that Su Lan becomes—a distant, hardworking single mother—before we delve into the past and begin to reconstruct her character.

You can read the rest of my review HERE on BookBrowse, and you can read a piece I wrote about the Tienanmen Square Massacre HERE.

You can pick up a copy of Little Gods here on Book Depository.

The Snow Collectors, the arresting debut by Tina May Hall, is a tremendously interesting yet very uneven book.  Hall fuses gothic horror, mystery, and historical fiction into a bizarre yet intriguing blend (made more bizarre by the fact that it’s not a historical novel at all – it’s set in the present-day, or maybe the near-future).  It’s almost tongue-in-cheek at times in a way that weirdly reminded me of Northanger Abbey – the narrator comparing herself ironically to a gothic heroine – but the classic comparisons stop there as this is a much weirder book than a lazy Rebecca or Frankenstein comparison would convey.  Anyway, when it works, it’s brilliant, and when it falters, it does fall a bit flat.

I think the strongest element here is the snowy New England atmosphere, which is paying a deliberate homage to the arctic backdrop of the Franklin Expedition of 1845.  The protagonist, Henna, finds the body of a dead girl in her woods, and in investigating the crime as an amateur sleuth, she traces it back to the Franklin Expedition and more notably to John Franklin’s wife, the Lady Jane.  I did think these segments that focused on Jane were refreshing and interesting enough to mostly carry the novel.

Where this book never fully worked for me was in the contemporary murder mystery; it felt like an after-thought to the point where suspects were never properly introduced; I found the resolution obvious in the sense that it was the only resolution that had ever really been set up at all.  The present-day characters and their motivations also remain hazy to a frustrating extent, though Henna herself is a fascinating character.  All said, I did want a bit more from this, but I do also recommend checking it out if it appeals.  3.5 stars.

Thank you to Dzanc for the advanced copy provided in exchange for an honest review.

You can pick up a copy of The Snow Collectors here on Book Depository.

This is a bit of a passion project inspired by Hannah, Callum, Naty, Emily, Sarah, and Marija.

In case you were not aware, I’m more than a little invested in the Women’s Prize for Fiction, an annual literary prize awarded to the ‘best’ book by a women written that year, awarded by a panel of judges.  The above group of bloggers and I were discussing which authors have been longlisted in the past, which is actually a deceptively tricky thing to find anywhere online, as the Women’s Prize Wikipedia page only lists the winners + shortlisters.  The Women’s Prize website does have detail the prize’s complete history, which is where I got all of the information from for this post; however, the layout is a bit tricky to navigate and involves a lot of clicking around; there’s really no clean, easily digestible list for this information.

That’s where this post comes in.  For posterity, I wanted to record the complete list of Women’s Prize longlisters, shortlisters, and winners, all in one post, easy enough to scroll through.

I realize this is a bit niche, but I hope it’s of interest or assistance to someone out there, even if it’s just the 7 of us who came up with this idea!

END_OF_DOCUMENT_TOKEN_TO_BE_REPLACED

Daughter from the Dark is the latest offering from Ukrainian husband and wife team Marina and Sergey Dyachenko, translated brilliantly from the Russian by Julia Meitov Hersey.  Their 2018 release, Vita Nostra, is one of the most bizarre, exhilarating, mind-bending things I’ve read, and while I cannot wait for the next installment of that series to be available in English, this standalone was a lovely treat in the meantime.

For those who haven’t read Vita Nostra yet, I’d argue that Daughter from the Dark may be a slightly more palatable place to start.  It’s a shorter book, for one, and its ideas are much more easily digested.  But that’s not to say that it’s a traditional, predictable book by any means – these are the authors of Vita Nostra, after all – and it’s not a simple book to summarize.  But, roughly: it follows a DJ called Aspirin, who one night finds a young girl, Alyona, standing alone in the dark, clutching a teddy bear; she won’t tell him where she came from so he takes her home with him, and one she’s in his apartment, she refuses to leave.  And also, her teddy bear might be a vicious monster.

Daughter from the Dark is thrilling and enchanting, and the dynamic between Aspirin and Alyona is nothing short of brilliant.  The pace is slower and more meandering than that of Vita Nostra, but it wasn’t to the book’s detriment as the Dyachenkos excel so much at atmosphere.  This is a dirty, grungy book, which paradoxically reads like a fairy tale, and that tension between beauty and horror is exactly what makes it so unforgettable. I can’t recommend this author/translator team enough to anyone who likes their fantasy light on plot and heavy on the sort of ideas that won’t leave you alone long after you put the book down.

Thank you to Harper Voyager for the advanced copy provided in exchange for an honest review.

You can pick up a copy of Daughter from the Dark here on Book Depository.