It’s kind of mind-blowing that we’re three months into this already, but let’s just dive straight into this!  Months 1 and 2 wrap ups are here and here respectively – see month 1 if you’re unsure what this whole thing is all about. 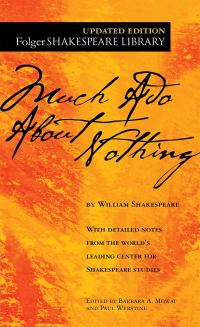 Much Ado About Nothing
★★★☆☆
my role (first show): Leonato
my role (second show): Hero

We had another double feature, doing our regular Saturday evening show and then a Sunday matinee.  I played Leonato one day and his daughter Hero the next, two rather different experiences.  Hero is the character that I like and connect with the most in this play, so I was grateful to have the opportunity to play her.  Leonato I didn’t ‘get’ quite as much, so when in doubt, overcompensate by laying on the drunk, corny dad energy thick.

Much Ado was new to me, and I had high hopes as this seems to be everyone’s favorite play – or if not their favorite, at least in their top 5.  I can see why; it’s charming and witty and a healthy dose sassier than its oft-compared Twelfth Night.  I desperately wanted to like it more than I did.  This is the play that really confirmed for me that I’m never going to love the comedies (at least, not this type of comedy; something like The Tempest is a different story).  This week more than most made me really reflect on what works for me in Shakespeare’s plays (and literature in general, more broadly) and what doesn’t.  Ultimately I just need there to be something of consequence at stake, and ‘whether or not Beatrice and Benedick hook up’ just doesn’t do it for me.  I don’t dislike this play at all but neither is it a new favorite. 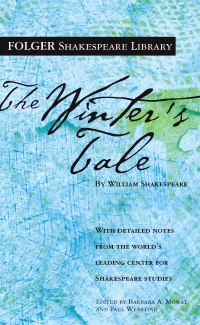 This play is very tonally uneven, so my thoughts about it are all over the place.  The thing is, I can enjoy both halves of what Shakespeare is doing in this play.  I can get behind an aged ruler making terrible and selfish decisions that lead to the death of his loved ones (Lear) and I can get behind jaunty forest shenanigans (Midsummer), but the fusion of the two… does not work for me here, probably because I don’t find a single one of these characters interesting or compelling in the slightest.  I like isolated moments in this play but overall it really fails to move me.  I do like Florizel well enough though, and playing Time was fun.  This was an enjoyable read-through; we went a bit wild with “exit, pursued by a bear” with everyone providing their own interpretation of The Bear.  But, I don’t know, this one is just a bit too weird for me overall.

Speaking of weird plays… Timon was also new to me and I find it both interesting and underwhelming in equal measure.  Interesting in that it reads more like a fable than a tragedy, and its tone is probably the most singular of any Shakespeare play I’ve read so far (which would make sense, given that it was cowritten), so it was just a bit of a different experience overall.  Underwhelming in that I found the language in this one rather static and not terribly moving (though once Timon begins to descend into madness he does get some poignant monologues), and I didn’t find any of the characters particularly intriguing.

This read-through was just as chaotic as you would expect from a play with 50+ characters, only 4 of whom really have any kind of significant role.  But chaos can be fun sometimes, and that was absolutely the case here.  There were ridiculous accents everywhere, me and Abby poured glasses of water over own heads in a scene where Timon throws water over a crowd of spectators, and the whole thing was grounded by a brilliant, elegant portrayal of Timon by Will, who stayed up until 3 am for this nonsense, for which we were all SO grateful.

I had a somewhat lukewarm experience reading this script, but while I was reading I had the thought that it would be a terribly compelling play to see on stage.  And indeed, if our performance is anything to go by, damn, this is a brilliant piece of theatre.  This was my favorite Project Shakespeare performance since Lear, and I loved every second of it.  Seeing my college roommate and name twin Rachel shine while playing Hal was probably the highlight, but the leek scene had everyone in hysterics, and getting to perform a whole scene in French is one of my favorite things that I’ve gotten to do in weeks.  She’s a small role, but Katharine quickly became one of my favorite Shakespeare characters – I dare anyone to read this scene of Katharine learning English (linking to No Fear Shakespeare for the English translation) and not be overwhelmed by how cute it is.  I just can’t even explain how great everyone’s energy was for this performance.  Bring on the rest of the histories, tbh!

Up next: a Romeo & Juliet double feature, with me playing Romeo on Sunday, which is… an exciting and terrifying prospect!