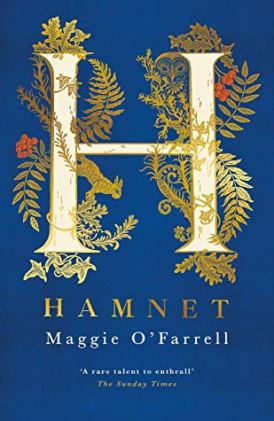 William Shakespeare’s name is never used in Hamnet — a conspicuous absence around which Maggie O’Farrell forms her richly imaginative narrative. Instead, the novel tells the story of those closest to Shakespeare: his parents, John and Mary; his wife Agnes; his daughter Susanna; and his twin children Hamnet and Judith. Shakespeare himself features in the narrative, though he is only ever described in relation to those around him, referred to as the Latin tutor, the husband, the father, the son. The result of this narrative decision is twofold: it pushes Shakespeare’s family to the foreground, but it also humanizes Shakespeare himself by reminding the reader that none of his works were created in a vacuum. This is the central conceit around which the novel’s climax is formed, as O’Farrell imagines the potential influence of Hamnet’s death in 1596 on Hamlet, written between 1599 and 1601.

You can read my full review HERE on BookBrowse, and you can read a piece I wrote about the real Anne Hathaway and Hamnet Shakespeare HERE.